Eingetragen 1 Monat vor von ava
13 Aufrufe
Mustafa Kemal Atatürk was a revolutionary and the founder of modern Turkey.
A brilliant military strategist, a womanizer and a popular educator who changed the face of Turkey, he was one of the most fascinating personalities of his time.
The founder of modern Turkey Mustafa Kemal Atatürk was a revolutionary who was driven by idealism. His "War of Independence" created modern Turkey where today many still revere his name. He was deeply influenced by Western ideas and his private library contained the most important works of the European Enlightenment. Was the "Father of the Turks" a European at heart? The film shows Atatürk's intellectual development as he strove to build a secular European nation-state the on the ruins of the Ottoman Empire. A fervent nationalist, he believed in fundamental civil rights and the separation of state and religion. His countless private notes, diaries and the handwritten commentaries he added to his books take us behind the scenes and give us a rare insight into the mind of the most powerful man at the birth of the Turkish Republic.
--------------------------------------------------------------------
DW Documentary gives you knowledge beyond the headlines. Watch high-class documentaries from German broadcasters and international production companies. Meet intriguing people, travel to distant lands, get a look behind the complexities of daily life and build a deeper understanding of current affairs and global events. Subscribe and explore the world around you with DW Documentary.
Subscribe to:
DW Documentary: #
DW Documental (Spanish):
DW Documentary وثائقية دي دبليو: (Arabic):
For more visit:
Instagram:
Facebook:
DW netiquette policy: 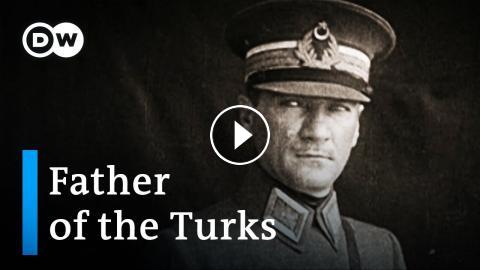 Mustafa Kemal Atatürk was a revolutionary and the founder of modern Turkey. A brilliant military strategist, a womanizer and a popular educator who ch...