admin
Behind Kevin Durant’s NBA Playoff career-high 50 points (15-26 FG, 6-14 3pt FG), 6 rebounds and 5 assists, the Warriors defeated the Clippers tonight in Los Angeles 129-110. The Warriors win the series 4-2 and advance to the Western Conference Semifinals where they will face the Houston Rockets. With his performance:

Which players owned the night? Catch up on all the top individual performances around the league in the Top Performers series.

For news, stories, highlights and more, go to our official website at http://www.nba.com 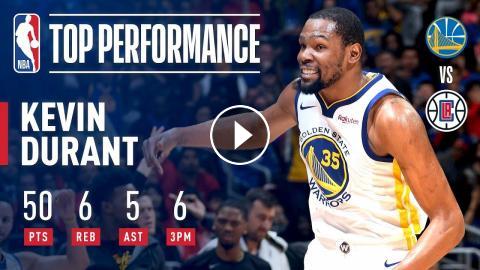