Eingetragen 1 Monat vor von ava
12 Aufrufe
The Wikileaks revelations shocked the world, and co-founder Julian Assange shot to fame. WikiLeaks exposed U.S. army war crimes, the secret emails of top international politicians and controversial secret service surveillance methods.
Assange’s relentless pursuit of total transparency has changed the face of journalism and given rise to much imitation, as well as fierce criticism.
But it seems the spell has broken. After spending seven years in the Ecuadorian embassy in London, Julian Assange is now in a cell at Belmarsh, a maximum-security prison in London. In many ways, he is being treated as a terrorist. His health has suffered. The UN Special Rapporteur on Torture Nils Melzer has even referred to a "murderous system” designed to make an example of Assange.
Assange took on a very powerful opponent. The U.S.A. is pressing charges for obtaining and disclosing classified information. Now, the extradition hearing is about to begin in London. If Assange is extradited from England to the U.S.A., he faces up to 175 years in jail for espionage. Experts are expecting one of the most significant trials of its kind to date.
"WikiLeaks - Public Enemy Julian Assange” is a detailed depiction of the rise and fall of Julian Assange. The film reveals some personal glimpses into different aspects of the story: meetings with Assange’s worried father, talks with high-ranking U.S. officials, an exclusive interview with whistleblower Edward Snowden. And every time the key question re-emerges: Is Julian Assange a journalist or a spy?
--------------------------------------------------------------------
DW Documentary gives you knowledge beyond the headlines. Watch high-class documentaries from German broadcasters and international production companies. Meet intriguing people, travel to distant lands, get a look behind the complexities of daily life and build a deeper understanding of current affairs and global events. Subscribe and explore the world around you with DW Documentary.
Subscribe to:
DW Documentary: #
DW Documental (Spanish):
DW Documentary وثائقية دي دبليو: (Arabic):
For more visit:
Instagram:
Facebook:
DW netiquette policy: 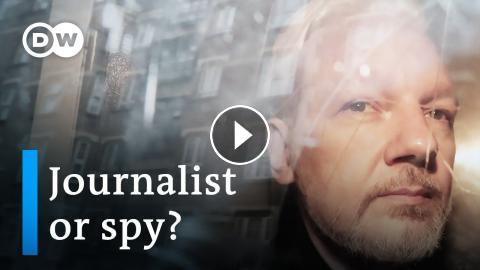