James Harden picked up a triple double in 3 quarters of action with 26 points, 10 rebounds, and 10 assists. Visit nba.com/video for more highlights. 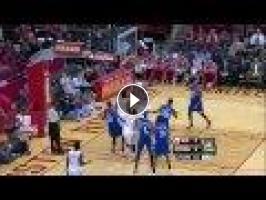 Rockets highlights: http://www.nba.com/video/rockets James Harden picked up a triple double in 3 quarters of action with 26 points, 10 rebounds, and 1...