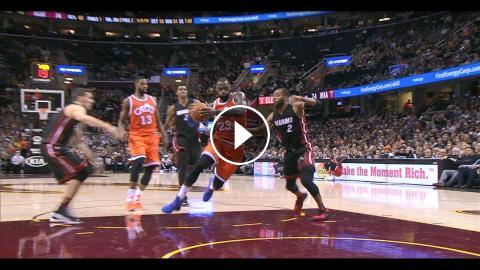 Cleveland Cavaliers' LeBron James passes Elvin Hayes for 9th on the NBA all-time scoring list with a lay-up.About the NBA: The NBA is the premier prof...