Eingetragen 1 Monat vor von ava
87 Aufrufe
Most northern Europeans like winter, even when the mercury falls below minus 40 degrees Celsius. But in the polar regions of Norway, Finland and Sweden even running daily errands in snow and storms can be quite an adventure.
Maren Vedvik Dammen and Frida Brockmann are students at what is probably the only outdoor adult education school in Alta, Norway. They were surprised by a blizzard during a survival course and had to dig a cave in the snow to survive the night. When the moon is shining, however, a polar night can be so light you can still read a newspaper. And if you’re lucky, you’ll see the Aurora Borealis, the Northern Lights shimmering across the sky. This documentary looks at mushers who drive their dog sleds in one of the world’s toughest races, at women rally drivers who are just as tough as their male competitors, and ice divers, who find magnificent king crabs when they explore submerged wrecks. The male-voice choir Mieskuoro Huutajat, or "shouting men," which was formed during a particularly hard winter three decades ago, has now become an international hit.
--------------------------------------------------------------------
DW Documentary gives you knowledge beyond the headlines. Watch high-class documentaries from German broadcasters and international production companies. Meet intriguing people, travel to distant lands, get a look behind the complexities of daily life and build a deeper understanding of current affairs and global events. Subscribe and explore the world around you with DW Documentary.
Subscribe to:
DW Documentary: #
DW Documental (Spanish):
DW Documentary وثائقية دي دبليو: (Arabic):
For more visit:
Instagram:
Facebook:
DW netiquette policy: 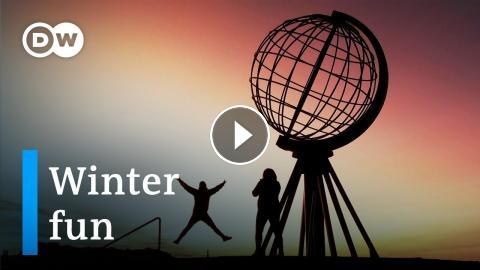 Most northern Europeans like winter, even when the mercury falls below minus 40 degrees Celsius. But in the polar regions of Norway, Finland and Swede...