This episode of Ten Minute History (like a documentary, only shorter) covers Germany from the end of the First World War to the end of the World War 2. The first half deals with the establishment of the Weimar Republic, its wider problems and the rise of the Nazis. The second half covers how the Third Reich was administered and its fall during the Second World War.

Ten Minute History is a series of short, ten minute animated narrative documentaries that are designed as revision refreshers or simple introductions to a topic. Please note that these are not meant to be comprehensive and there's a lot of stuff I couldn't fit into the episodes that I would have liked to. Thank you for watching, though, it's always appreciated. 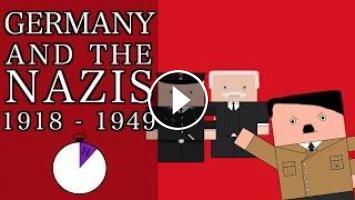