ava
The Trump administration’s crackdown on illegal migration has torn apart families like José’s. José originally came to the United States illegally. [Online until: September 4, 2019]
José has lived in America for decades, where he has built a life with his wife, Rose, and raised his children. Rose Escobar was happy. She had a husband she loved, two children, a house, and a job. It all seemed perfect - until the day that her husband José was arrested by the American authorities and deported. José had come to America illegally from El Salvador, when he was just a child.
Rose simply cannot understand why the US authorities have done this to her family. She says: "This is MY country. We have always obeyed the law.” Rose was born in the United Sates, unlike her husband. He was arrested at a police traffic stop, and deported immediately. Rose stayed behind with the children. A neighbor is helping her to make ends meet as a newly single mother.
Rose says: "I get up every morning at four and drop the kids off at my neighbor’s place. Then, I work for 12 hours, come home, pick up the kids, cook, and do some housework. Then I get the kids’ lunches and clothes ready for the next day. I try to do it all just like I used to, so the kids won’t notice any difference."
José was among the first illegal immigrants to be deported under the Trump administration’s new policy. The president is making good on a campaign promise to crack down on illegal immigrants, and send them back to their home countries. Some would say that’s fine for convicted criminals or gang members - but a family man like José?
_______
DW Documentary gives you knowledge beyond the headlines. Watch high-class documentaries from German broadcasters and international production companies. Meet intriguing people, travel to distant lands, get a look behind the complexities of daily life and build a deeper understanding of current affairs and global events. Subscribe and explore the world around you with DW Documentary.
Subscribe to DW Documentary:
#
For more documentaries visit:
Instagram
Facebook:
DW netiquette policy: 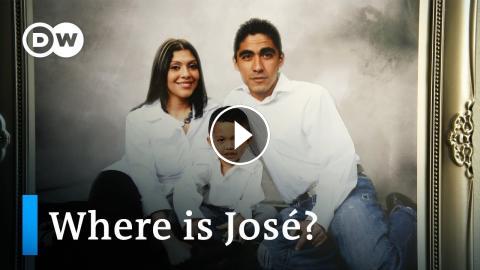