admin
James Harden records his 13th triple double with 40 points, 12 assists, and 12 rebounds, but the Rockets fall to the Heat on the road. 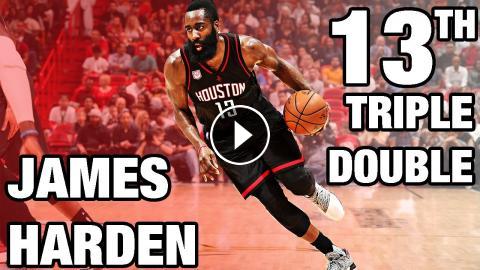 James Harden records his 13th triple double with 40 points, 12 assists, and 12 rebounds, but the Rockets fall to the Heat on the road.About the NBA: T...