Saving kids from the Mafia in Italy | DW Documentary

Eingetragen 2 Wochen vor von ava
13 Aufrufe
Youth gangs are committing more and more brutal assaults in Italian cities. Known as "baby gangs,” the groups rob people on the streets, deal drugs, and beat up the homeless. Many end up in the Mafia.
Poverty, unemployment and social alienation are the main facts of life for many young Italians. For most of them, organized crime seems to be the only way to go. The anti-Mafia association Libera is trying to give the little hoods a way out of the downward spiral. In Sicily, Libera has organized a summer camp for kids that have gotten into trouble with the law and are out on probation. A Genovese woman, Fatima, follows them as they paddle canoes, surf and sail. She once had to come to the camp herself. Today she volunteers to help young people who deal drugs and have robbed people. One of the highpoints of the kids’ stay is a visit to a former Mafia family in Trapani that is now working with the authorities. The family’s courage in attempting to halt the spiral of violence in the face of threats and vendettas impresses many of the young people. But can the one-time members of youth gangs abandon their own criminal past?
--------------------------------------------------------------------
DW Documentary gives you knowledge beyond the headlines. Watch high-class documentaries from German broadcasters and international production companies. Meet intriguing people, travel to distant lands, get a look behind the complexities of daily life and build a deeper understanding of current affairs and global events. Subscribe and explore the world around you with DW Documentary.
Subscribe to:
DW Documentary: #
DW Documental (Spanish):
DW Documentary وثائقية دي دبليو: (Arabic):
For more visit:
Instagram:
Facebook:
DW netiquette policy:

Saving kids from the Mafia in Italy | DW Documentary 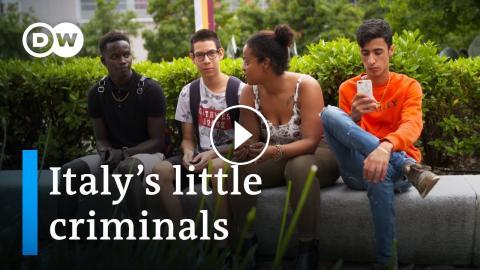