ava
This environmental documentary follows environmental activists and fishermen in their fight to save Europe’s largest saltwater lagoon from industrial farming.
Spain's Mar Menor is Europe's largest saltwater lagoon but it is under threat from industrial farming in the region. The local residents and fishermen are taking on the agricultural lobby to try and stop it. The Murcia region in southern Spain is Europe's largest garden, filling the shelves of Northern European supermarkets with fresh produce, especially during the winter months. Seventy percent of Spanish lettuce exports are grown here. But Spain's second-largest business sector is coming in for some serious flak. Wastewater from the agricultural industry is polluting the Mar Menor saltwater lagoon with nitrates and other toxic by-products, but the locals are not standing idly by and have united in a protest movement that can no longer be ignored. One of them is Angel Monedero. After his house was flooded by the polluted wastewater, he joined the fight against the agricultural companies and their political backers. The lagoon’s fish stocks have also declined dramatically over the last few years. Now, local fishermen, who also see their livelihoods threated by the pollution, have joined forces with the protesters.
_______
DW Documentary gives you knowledge beyond the headlines. Watch high-class documentaries from German broadcasters and international production companies. Meet intriguing people, travel to distant lands, get a look behind the complexities of daily life and build a deeper understanding of current affairs and global events. Subscribe and explore the world around you with DW Documentary.
Subscribe to DW Documentary:
#
For more documentaries visit:
Instagram
Facebook:
DW netiquette policy: 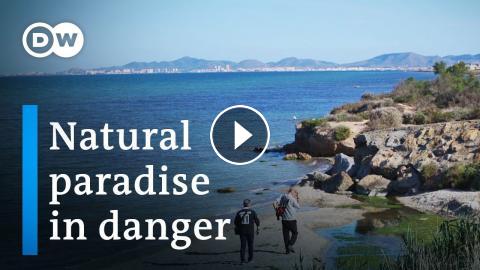 This environmental documentary follows environmental activists and fishermen in their fight to save Europe’s largest saltwater lagoon from industrial ...