ava
400 years of African American history can be seen at a museum in Washington. Opened by President Obama in 2016, the house conveys a past marked by slavery and racism - and is itself a symbol of reconciliation.
It may not have been a coincidence that the Museum of African American History and Culture opened in the heart of Washington, DC under the presidency of Barack Obama. Already well over a hundred years ago, black veterans of the American Civil War had demanded a place commemorating the African-American contribution to the history of the country. Decades passed as a black history museum was planned, blocked by Congress, repeatedly postponed and finally realized. When US President Barack Obama ceremoniously opened the majestic building on 24 September 2016, tens of thousands of spectators flocked to the National Mall. From the very beginning, the National Museum of African American History and Culture has seen itself as a place of understanding and reconciliation. African-Americans are to be perceived as part of American society. Even the financing and construction of the museum was a triumph of public spirit. But its actual success story began immediately after its opening: today the museum counts around seven thousand visitors daily - the free admission tickets are fully booked for months. The building, designed by British-Ghanaian star architect Sir David Adjaye, has a large number of galleries arranged chronologically and spread over eight levels, depicting the entire spectrum of the 400-year history of African-Americans: from the arrival of the first slaves abducted from Africa to the "New World" to the present day.
_______
DW Documentary gives you knowledge beyond the headlines. Watch high-class documentaries from German broadcasters and international production companies. Meet intriguing people, travel to distant lands, get a look behind the complexities of daily life and build a deeper understanding of current affairs and global events. Subscribe and explore the world around you with DW Documentary.
Subscribe to DW Documentary:
#
Visit our Spanish channel:
Visit our Arabic channel:
For more documentaries visit:
Instagram
Facebook:
DW netiquette policy: 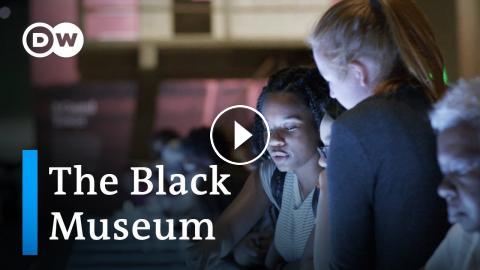 400 years of African American history can be seen at a museum in Washington. Opened by President Obama in 2016, the house conveys a past marked by sla...