ava
Political murders in Belarus: For the first time a witness has spoken out in an exclusive interview with DW. Twenty years ago, three prominent members of the opposition disappeared without a trace. Back then rumors began to circulate that they had been assassinated by a death squad.
Were the three men Yuri Zakharenko, Viktor Gonchar and Anatoly Krasovsky, all members of the opposition, abducted and murdered by a hit squad in 1999? This is the rumor that has circulated ever since. Yet the presumed contract killings under the authoritarian leadership of President Alexander Lukashenko have never been proven. Now a key witness has come forward to shed light on the matter. At the time of the killings, Juri G. was serving in a special unit of the Ministry of Internal Affairs. Now he has revealed insider knowledge of the crime. He depicts the precise sequence of events, from the kidnappings to the disposal of the bodies. The former elite soldier names the culprits and admits to being an accessory to the murders. His information leaves little doubt that in 1999 government agencies in Minsk brutally eliminated the leaders of the opposition in Belarus. How do the relatives of the deceased react to this disclosure? What does it mean for the already tense relationship between Belarus and Europe? And what is it like to live with such guilt? A DW exclusive: Assassination in Minsk - A Witness Speaks Out
--------------------------------------------------------------------
DW Documentary gives you knowledge beyond the headlines. Watch high-class documentaries from German broadcasters and international production companies. Meet intriguing people, travel to distant lands, get a look behind the complexities of daily life and build a deeper understanding of current affairs and global events. Subscribe and explore the world around you with DW Documentary.
Subscribe to DW Documentary:
...
Our other YouTube channels:
DW Documental (Spanish):
DW Documentary وثائقية دي دبليو: (Arabic):
For more documentaries visit also:
DW netiquette policy: 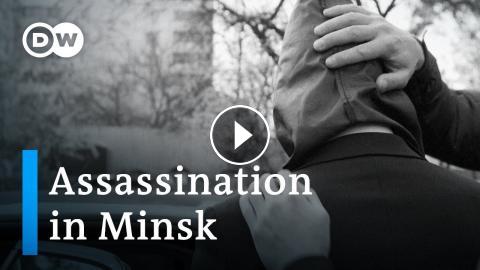 Political murders in Belarus: For the first time a witness has spoken out in an exclusive interview with DW. Twenty years ago, three prominent members...