ava
Migration to the Indian Ocean island of Mayotte is common, yet it is the poorest part of France and the EU. What does the future hold?
Mayotte, an island in the Indian Ocean, is an overseas department of France. Part of the Comoros archipelago, Mayotte voted to remain French when other islands chose independence from colonial rule in the 1970s. But the people of Mayotte have come to regret the decision after years of feeling neglected by Paris. Mayotte is not only the poorest part of France. It is also the poorest part of the EU. Yet Mayotte remains a magnet for illegal migrants from the neighboring islands. The other Comoros Islands are even more deprived. Hadjarati Soumaila came to Mayotte on a fishing boat and now lives illegally in a slum close to the capital Mamoudzou. Three of her six children were born in Mayotte. Pregnant women frequently number among the migrants. They want to give birth to their children on French soil because health provision is better here and because they hope to gain French papers. The maternity hospital in Mayotte is also one of the biggest in the EU. Some 30 children are born here each day. Midwife Hairati Houdjati was born and grew up on the island. She thinks that France should do more for Mayotte and accuses Paris of simply ignoring and neglecting the island.
_______
DW Documentary gives you knowledge beyond the headlines. Watch high-class documentaries from German broadcasters and international production companies. Meet intriguing people, travel to distant lands, get a look behind the complexities of daily life and build a deeper understanding of current affairs and global events. Subscribe and explore the world around you with DW Documentary.
Subscribe to DW Documentary:
#
For more documentaries visit:
Instagram
Facebook:
DW netiquette policy: 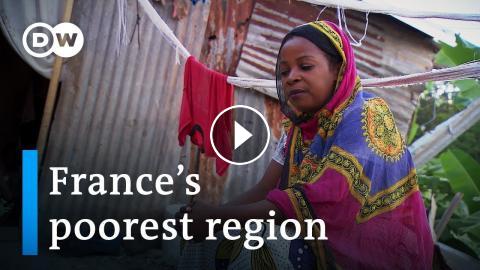 Migration to the Indian Ocean island of Mayotte is common, yet it is the poorest part of France and the EU. What does the future hold?Mayotte, an isla...